I've often wondered about whether there is such a thing as a universally-recognized dissonant or harmonious musical interval. For example, Westerners seem to regard diminished fifth intervals as dissonant and tension-building (famous example: the Mars movement of Holst's The Planets). And indeed, six half-steps up a heptatonic scale, the ratio is the most destructively interferent, with a frequency that's an irrational ratio of the square root of two relative to the tonal. So what? It's not clear (to me at least) why that should sound "special" universally to all humans. Do Bushmen find it equally "tense"?

This interval has a history in the West. In the Middle Ages, Europeans weren't allowed to play this interval (the dreaded tritone) for fear that it would summon the devil, and regardless of the whether this interval represents a universal, surely today we're somewhat influenced by this antecdent. Okay - where did they get it from? A colleague of mine once threw out the idea that maybe a diminished fifth sounds like an animal in pain. Okay - so why does an animal in pain make diminished fifth-sounds? Do we have examples of scared or injured animals making such sounds? Universals based on physics that we understand today as semantically-gifted primates are usually not nearly as universal as we think they are, even within our species. The conservative position is to assume until proven otherwise that our associations with culturally institutions are just that - associations, programmed by experience.

This is why the following is so interesting.


(For the musically-challenged, compare to the Mars movement.)

Taking the starting and ending tones as the tonal, the high "note" that the wolf holds is a diminished fifth (compare to Mars Assuming the description is accurate and this is a wolf separated from its pack and trying to locate them, it's worth noting that a wolf under some stress tries to get other wolves' attention by using a diminished fifth interval. Note that wolves and other canines have a studied repertoire known "words", certainly not as plastic as the way humans use language, but nonetheless specific vocalizations that are repeated in the same contexts (separated from pack, just caught small game, get out of our territory, etc.)
Posted by Michael Caton at 3:39 PM No comments:

Several years ago it was shown that dogs are less prone to the sunk cost fallacy than humans (couldn't find a non-gated version; pop science article here.)

The humiliation continues: pigeons are better than humans at the Monty Hall Dilemma. The question is whether humans lack whatever circuit is allowing pigeons to inductively (one assumes) approximate the logic of the Dilemma, or whether there's something in human cognition interfering with otherwise at-least-equal optimizing ability in this task.

A reasonable way of thinking about the first option is that for this specific behavior, for whatever reason, pigeons are more optimized, though for most things they aren't very good generalists.

Next step: finding out whether hamsters one-box or two-box on Newcomb's problem.
Posted by Michael Caton at 9:49 PM No comments:

I ran across this online forum for discussing issues of pan-Altaic identity, complete with a silhouette of a ravaging Mongolic horseman. Apparently they're fans of the Ural-Altaic hypothesis because there's a Magyar forum but I don't see any Suomi; don't know what they have against Finns. Lapps are apparently right out.

I think in response all us Indo-European/Aryan/Kurgans from Reykjavik to Dacca should start our own club. Hear the call, my sisters and brothers in Moscow, Rome, Athens and Oslo, Tehran and Delhi and Tirana! (And not forgetting our brave Tocharian comrades who perished in the sands of the Xinjiang.) We'll organize it into chapters of a hundred each (satem or centum depending how you swing) and instill values of horsemanship, wheel-making and triumvirate-god-worshipping. We can only speak proto-IE at meetings, or failing that, Lithuanian, and I'm sure We can find another Lithuanian besides Marija Gimbutas to lead us. Activities include driving Basques into the Pyrenees, Dravidians out of the Indus Valley, and neolithics from other continents out of existence. I think we're onto something here!
Posted by Michael Caton at 12:10 AM No comments: 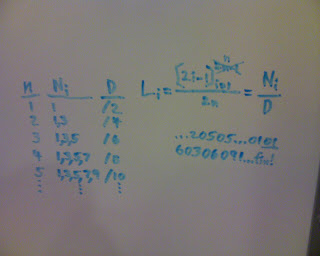 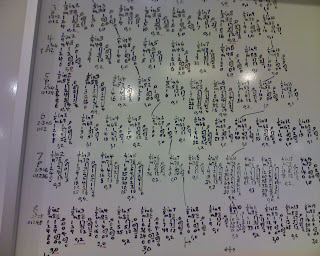 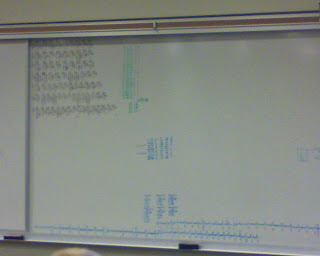 *Speaking of status, please note the casual way I refer to my cosmologist friend, which means that I'm cool.
Posted by Michael Caton at 7:28 PM No comments: