Parasite Burdens and the Flynn Effect

The Flynn Effect is the real, not-test-based increase in IQ seen in first-world countries, about 3 IQ points a decade. In the last couple decades the effect has leveled off in much of developed world. There's a lot of discussion over why this should be.

One obvious candidate is parasite burden. As countries develop, public sanitation gets better, and public health improves. If it's public health (pathogens plus nutrition) and offering standardized schooling to all, you would expect to see an eventual plateau in developed countries, and the developing countries begin to follow their trend.

Any parasite which directly damages the brain is an obvious candidate as one causative agent. This is especially interesting when you read that up to one-third of people in, e.g. Peru, have radiographic evidence of neurocysticerosis - tapeworm damage in the brain. This study shows that of people with evidence of the disease, 18.2% of them in childhood have IQ < 70. Starting to connect dots, we can start making an estimate of IQ improvement from eradication of neurocysticercosis alone.


To test the hypothesis, we could look at average IQ increases going forward in developing countries currently getting de-wormed. You could also look at existing Flynn Effect curves for the developed world and compare it against the % population getting on clean public water supplies. Of course it's hardly controversial that lower parasite burden would correlate with better outcomes, and indeed the de-worming projects have already shown an improvement in school attendance in participating areas. And while parasite diseases cause massive human suffering, this is still interesting even just by purely pragmatic reasons: a country's economic well-being is linked to the average IQ.
Posted by Michael Caton at 4:39 PM No comments: 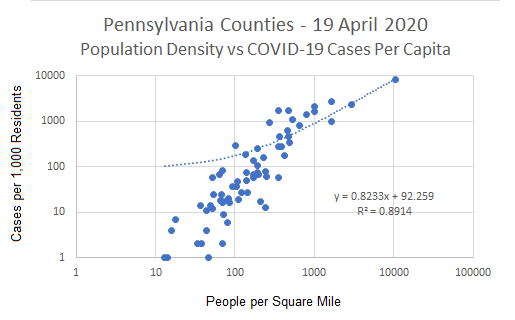 Why We Failed to React to the Pandemic

Given how the pandemic dominates all other news, an appropriate warning about it should have done the same. Yet in the West there was no such thing that I was aware of, including in the rationalist community.

Here's Scott Alexander's review of the book written by Toby Ord, which besides AI lists pandemics and nuclear war. Before you're too thrilled that he gives lower numbers for nuclear war than AI, those numbers are for TOTAL EXTINCTION OF THE HUMAN RACE, not the chance of it happening. There's a lot of space between "extinct" and "a lot of the people you love will die and all of you will suffer horribly" just like there's space between "okay" and "needs intubation" with COVID-19, so don't think mild to moderate means okay.] Yet another time we survived by dumb luck:

...even when people seem to care about distant risks, it can feel like a half-hearted effort. During a Berkeley meeting of the Manhattan Project, Edward Teller brought up the basic idea behind the hydrogen bomb. You would use a nuclear bomb to ignite a self-sustaining fusion reaction in some other substance, which would produce a bigger explosion than the nuke itself. The scientists got to work figuring out what substances could support such reactions, and found that they couldn’t rule out nitrogen-14. The air is 79% nitrogen-14. If a nuclear bomb produced nitrogen-14 fusion, it would ignite the atmosphere and turn the Earth into a miniature sun, killing everyone. They hurriedly convened a task force to work on the problem, and it reported back that neither nitrogen-14 nor a second candidate isotope, lithium-7, could support a self-sustaining fusion reaction.

They seem to have been moderately confident in these calculations. But there was enough uncertainty that, when the Trinity test produced a brighter fireball than expected, Manhattan Project administrator James Conant was “overcome with dread”, believing that atmospheric ignition had happened after all and the Earth had only seconds left. And later, the US detonated a bomb whose fuel was contaminated with lithium-7, the explosion was much bigger than expected, and some bystanders were killed. It turned out atomic bombs could initiate lithium-7 fusion after all! [my emphasis] As Ord puts it, “of the two major thermonuclear calculations made that summer at Berkeley, they got one right and one wrong”. This doesn’t really seem like the kind of crazy anecdote you could tell in a civilization that was taking existential risk seriously enough.

Posted by Michael Caton at 9:19 AM No comments: